About the Founder: Mr. Seneca Howard 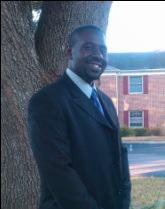 Mr. Seneca Howard is passionate about encouraging & motivating people of all ages to define their destiny in life – because we all have a purpose for existing. As a student, Seneca was popular, charming and an “all-around” kind of guy. But when the school bell rang for class, he lingered a bit longer in the hallways to avoid being seen by his closest companions. Finally gracing his classroom doors, he would slip into a desk – in the special education classes because of his learning disability. He struggled to understand some of the concepts being taught and would cringe at the idea of reading aloud – because he couldn’t. As time passed, harsh family illnesses would prevent Seneca from attending school – further developing his struggle with education.

Finally able to proceed with schooling, Seneca was excited about the idea of “Career Day.” Regardless of his challenges, he still had goals. Well, the day ended for Seneca almost as soon as it had started. A Career Specialist guaranteed that Seneca’s dreams were unattainable and that he would never amount to anything more than the fry cook at McDonald’s.

Crushed and faced with the fact that his life may be a black hole, Seneca began to believe these words and lost his will to complete school. After all, he had already missed so much schooling on top of having a learning disability. Just when you think there is no end to your calamity, if you lift your head high enough, you will see the beginning of your breakthrough. Mr. Douglas Rubottom, a teacher at Hillsborough High School in Tampa, Florida refused to let any student fall by the wayside. Mr. Rubottom visited Seneca’s house, challenged him positively to return to school, and began dedicating his planning periods to helping Seneca graduate high school. And he finished. And here he stands – by the grace of God and the help of a true friend who gave him a motivational edge, encouraged him, and instilled a sense of hope and self-esteem in Seneca.

Through his experiences and the time that Seneca began to spend developing a true relationship with God, his passion for encouraging people beyond their situations grew exponentially. He realized that our emotions need to be nurtured and our individual desires are to be heard and helped in our moments of crisis. Seneca realized that every circumstance has a reason for being. "Let your circumstances motivate you - don't let them make you who you are." In your darkest moments, God is there, and He will send angels to pull you through.